Home / power / Discovering Power and Magic in You 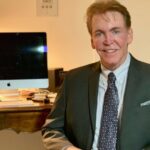 Discovering Power and Magic in You

The “New Thought” movement started in the 1830s, with roots in the United States and Europe. As a spiritual movement with roots in metaphysical beliefs, New Thought has helped guide social changes through the 1800s until now. The New Thought movement has helped people achieve a better understanding of divine mysteries, through the power of their thinking. The term “New Thought” signifies that one’s thoughts can unlock secrets to living a better life, free from the constraints of religious doctrines or dogmas. Before anyone practiced “New Thought” as a set of beliefs there were a few influential figures, who’s teaching later contributed to the movement.

Ralph Waldo Emerson was influential, as his philosophical movement of transcendentalism is incorporated throughout New Thought. Franz Mesmer‘s work on hypnosis drove the work of Phineas Quimby, who is widely recognized as the founder of the New Thought movement.

This was 1840s-1850s, Quimby began to practice hypnotism or mesmerism as it was called. Through this practice and further study, he developed the view that illness is a matter of the mind. In 1859, he had an office for mental healing.

Joseph Campbell years ago foretold traditional churches, houses of worship would be closing all over the world in the future.

And now in the 2020’s that is largely so with churches in the U.S and Europe. Church membership has declined sharply in the past 25 years. There is a sharp increase in the proportion of the population with no religious affiliation, and very low levels of church membership among millennials all over, this is true even for new thought groups and communities.

The challenge is clear for spiritual centers nationwide and worldwide which depend on loyal and active members to keep them open and thriving.  Finding ways to engage with some of young adults and bring them into our community is a challenge we share with every other group in the country.

We might have a leg up, but we haven’t figured it out entirely. We have a visiting group in New York that meets every week with younger people and consider their viewpoints and needs.  Church leaders must grapple with the generational slide away from spiritual centers. Millennials are much less likely than their elders to have a religious preference. In a post covid world, Americans who are spiritual are changing their relationship to churches / centers.

Many do not see a need to belong to a church and participate in a community of people with similar beliefs. These trends play out in reality, thousands of U.S. churches and centers are closing each year.  Americans in the future will likely be faced with fewer options for places of worship, and likely less convenient ones. The writing is on the wall.

What we are doing? With knowledge in our hands and willingness to explore the facts, we actively step out of denial.

It’s a simple formula. Alan Chen who brilliantly suggested, we aim for the heart in our inspirational messages.  And we do when we remind you how great you are and Joseph Campbell’s superb advice was “Keep pointing people to the mystery”. Pointing them toward the awareness of presence: love operating through them, wooing and guiding. And we actively have our ear to the ground and listen to another generation who relate to spirituality in a different way.

Some of you who are legitimately true students and who actually understand metaphysics and the practice of living affirmative life, deeply and truly know that it is not a mystery anymore. Some fully understand the power they possess, and that life is responding to them.  This is not known by the majority of the 7.8 billion people living on the planet right now in the 2020’s. So, what we have to offer is of tremendous value to the individual and the world.

What we teach and what some of us understand is the best kept secret that’s been held for ages. We are committed to teaching the teaching in every new way. You might recall from the story king Arthur during the middle ages, they were on a search for the Holy Grail. It was thought to be the cup used by Jesus. It has come over time to represent something hidden with powers that can provide happiness, infinite abundance and long sought after for its great significance.

Here we are, you and I with the Holy Grail or with the equivalent of the Holy Grail in our possession. This thing we possess is so precious, vaults and treasuries have been emptied to locate it, ships built, armies employed, huge expeditions and empires have fought for it, all seeking this great thing, that we have.

After every journey to and fro, after every bell has rung, after every battle has been fought, mountain climbed in search of and after every fortune spent in pursuit, here we are with this thing that the world has sought after.  All the searching is over. It is found, buried with in you. The alpha and omega, the beginning and the end, this presence and power that’s been sung about and looked for in all corners of the earth and beyond!

In our teaching, we learn to use and direct the creative forces that are at our disposal. We have also learned to be flexible because our subjective tendency can be changed. Ernest Holmes thought of this as a profound fact and one that seems to have been hidden in plain view. The road to freedom lies, not in occult performances, but through awakening to the power we possess and learning to use that power, discover its power and laws. The law that we speak of is a natural law in the spiritual world. Once we have discovered this pearl, this thing of great value, long hidden, we begin to learn how to use it. You might think of Harry Potter or someone with great innate power that needs to learn how to master the use of the power. With Harry Potter, he had a school, I believe it was Hogwarts School of Wizardry or something similar, there was a lot of stuff happening in the story as the apprentices were developing self-mastery. We are a little like that, as we learn how to use this power and draw out our good. It is worth all the effort. The power is within us and we can learn how to use it.